My first guitar hero was probably Ace Frehley of Kiss (still think he's very cool) when I was about six or seven years old. Always more interested in writing original music than learning others, I never knew any of his licks until former Freak Kitchen drummer(!) Joakim showed me some, a decade later or so.

I then discovered Frank Zappa which, needless to say, changed my life forever.

My cousin Per introduced me to Eddie Van Halen when I was thirteen. As thousands of guitar players I was crushed by Van Halen's solo "Eruption" from the first record.

In my mid-teens I discovered Steve Vai, Joe Satriani, and Yngwie Malmsteen.

In recent years I listen a lot to the fantastic John McLaughlin and the wonderful Django Reinhardt.

Below are a bunch of my favorite guitar albums. 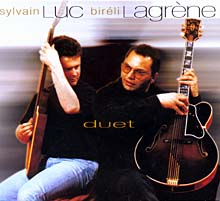 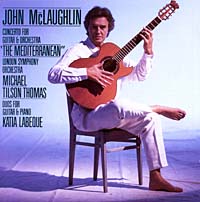 John McLaughlin is the man, plain and simple. He keeps it together like no one else. 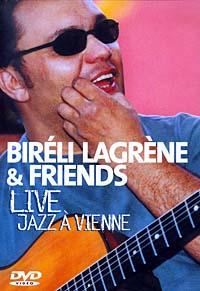 The renunion of Shakti in 1997 resulted in three stunning live albums: Remember Shakti, The Believer and Saturday Night in Bombay, all together here in one box (+ a bonus DVD from Saturday Night... and a previously unreleased McLaughlin track).

The Believer is my personal favorite among the CDs. John McLaughlin is better than ever. Mandolin wizard U. Shrinivas, tabla maestro Zakir Hussain and percussionist V. Selvaganesh all kick genuine butt as well.

"Pink Napkins" from Shut Up and Play Yer Guitar (and the Jazz From Hell instrumental "St. Etienne") is the best guitar playing I can think of. 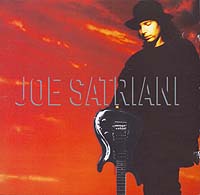 Excellent song writing, excellent playing and one of the coolest productions around. When mixing my own music, this Satriani CD is often used as a sound reference. 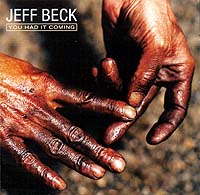 Jeff Beck - You Had it Coming

There's is no one like Jeff Beck. Fresh, vital, groovy and beautiful. 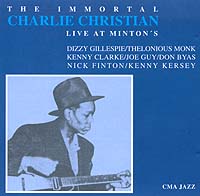 Balm for the soul. 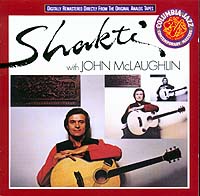 A classic must have. 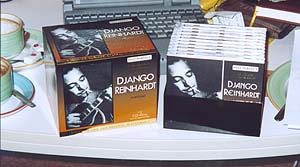 A solid Django Reinhardt 10-CD box with the greatest of care taken in mastering and overall improvement in sound quality (compared to many other Reinhardt-releases).